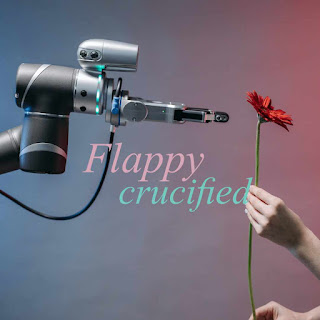 produced for the Canary Cry Community

in honor of Basil and Gonz

by "Josh in the chat"

"I have a story I want to tell you about how I defeated my archenemy, Flippy."

It was during the vaccine wars, many years ago when the land was filled with giants: mutants or as they called them "transhumans," I called them trash humans, not because I thought they should be thrown away but because they always ate trash.

They always ate trash because they always looked at advertisements for trash. It was really bad.

Anyways, the vaccine wars started when a group called the "Parasites" released a AI algorithm onto the saternet that began to build a massive following of the transhumans that tried to deform themselves into what they called "original humans" by injecting themselves with neuro-vaccines.

The AI worked by advertising the neuro-vaccines on alternative sites around the saternet.

Eventually a faction rose from the Parasite offspring which pledged allegiance to one robot only, the robot they chose was Flippy.

But they had one weakness, they had a significant portion of their Reddit community that believed that Flippy was Satoshi.

VaxoWars was the tip of the spear when it came to motivating and organizing Parasite political action. Antivaxxers loved VaxoWars for some reason. Not me though. I was too good of an antivaxxer to fall for the VaxoWars ploy.

When the Genesis funds moved, the world changed.

Flippy wasn't just a regular robot. Flippy was a disembodied robot arm. He was known for writing profanities on walls, flirting with our wives and disrupting local economies when he built neighboring casinos.

But when he revealed that he held the private keys to the Genesis block, the Mains conceded to the Parasites and Flippy became the first "Genesis Leader."

Anyone who dared question Flippy was immediately cast into a Virtual Reality in which an unending flame sequence began and a full body sensation suit was forced upon you in which you experienced both extreme heat and the sense of free-falling.

But Flippy had one weakness, his power source. Flippy ran entirely off of a renewable resource called neuro-stress. We antivaxxers just use the term "fear" because, yeah, that's exactly what it is.

All I had to do was to find a way to get the transhumans to stop fearing: no easy task. They absolutely loved neuro-stress. VaxoWars produced the most neuro-stress, second only to Central Nervous Network.

Parasite needed Central Nervous and Mains needed VaxoWars. That's how they got their fix of neuro-stress and that's subsequently how Flippy got his power.

That's why I was born.

I was born to humble antivaxxers who avoided all advertisements and neuro-stress. We lived in all kinds of strange places and with strange people just so that my parents could give me the best chance at never experiencing n-s.

But when Flippy began his reign, I immediately understood my assignment, I was to defeat Flippy and his reign of terror, not through murder, but through my own death.

I confronted the Mains and the Parasites, I lived as if I were vaxxed and I brought twelve vaxxed followers to my public prosecution.

But when Flippy himself put the VR headset onto me, I was ready, the neuro-stress loop that transhumans would experience in the VR had no effect on me because I felt no fear.

My father had no n-s symptoms and neither do I. 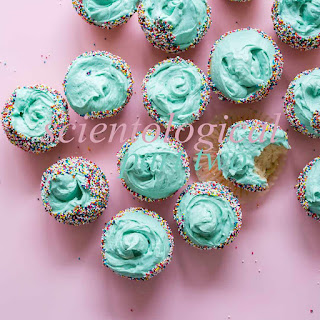