How To Get Started in a Public Relations Career

I will tell you the best strategy to get a career in public relations.

But first I want to help you be a PR expert for your own self and your loved ones. Public relations is a powerful tool of some of the most wealthy individuals and institutions in the world today. How can we harness that power and use it for good in the world? Keep reading to find out, I've included some of my most important tips.

As a content consumer, I've pulled from many different resources, including free video content online, resources from my local library, podcasts on infosec and opsec.

This is a culmination of years of rejecting social norms, a delayed and shortened use of social media in general. I personally never even went to school beyond a year at the age of 6. Instead I was homeschooled and learned from an early age to be information sufficient. I was raised in a "sheltered" home and even Disney movies were not allowed in our home.

These ideas come from an outsiders view. 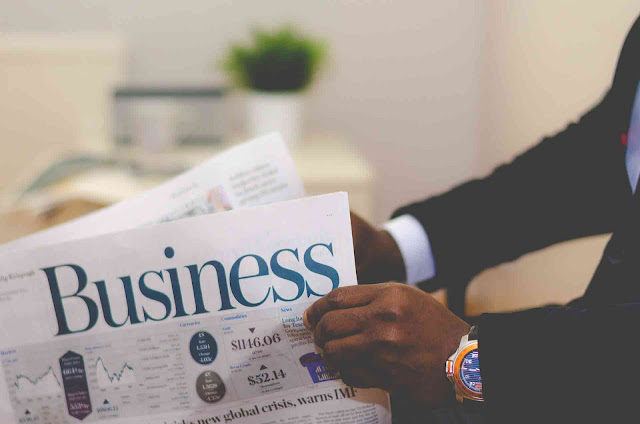 Later in the article I'll talk about getting into a PR firm, but first here's some general tips on how to approach PR in your personal life.

1.  Be discrete about information you share with the world. You may already know this considering you are reading an article about the control of information about and around businesses and organizations.

Organize your life in such a way to minimize your personal complexities leaking out into the public sphere. Share as much as you would like, but be conscious with what you share.

2. Be ready to be preemptive with information. Building trust with a client means that they must know information about you before someone else tells it to them. Don't feel obligated to share negative information at whim, but a best practice is when asked, answer honestly.

3. Learn more words. Your vocabulary as a public relations agent will have to be extensive. You want to articulate the truth in a way that is compelling and authoritative. If you only know a handful of terms related to business and government, you will find yourself at a disadvantage to other pr firms and their teams of lawyers and consultants.

Can you grow a business with propaganda?

You can use this in many ways.

For example, if you want to delegitimize a detractor of yours, you can either...

B) class them with group that many people find unappealing

Can public relations be used for good?

PR can be used to:

Data is very important in an information war.

The more data you have, the better. But both you and the other parties involved have incentives to withhold data.

Is a magic trick considered a form of public relations? It is the use of disinfo or obfuscation to elicit a positive response from the public. But there is usually only upsides to magic tricks. Large businesses and institutions using public relations can possibly be less positive in certain aspects.

The data you are missing when you are the audience of a magic trick is intentional. Generally, the magician knows that if the audience had the data, they would not be entertained. 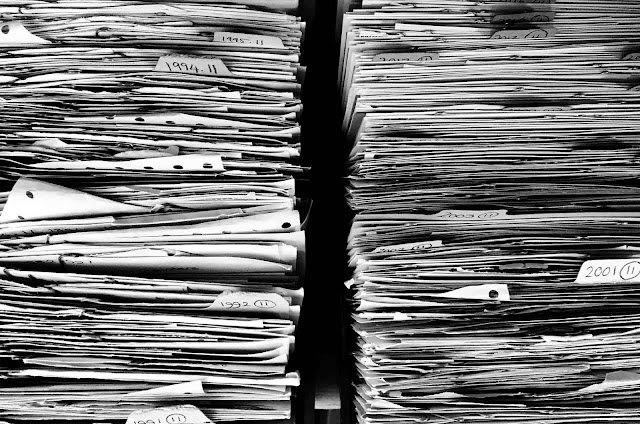 Many people today assume that companies and public figures are transparent. Why? Because we have an open internet with thousands of blogs, petabytes of video on Youtube, tons of informational content and billions of people and companies using social media.

Social engineering is the term of the millennia. Learning human behavior, and exploiting that data to obtain more data is common among early internet adopters.

How can you better protect yourself from social engineering attacks against you and your loved ones?

1. Continually practice self-knowledge. Social engineers have easy access to human triggers.  A trigger is a physical reaction to an emotional stimuli. You may consider yourself a relatively normal person, no mental health issues, no need for therapy, no need for journaling, but if at any time a social engineer gets access to data about your past, they will easily be able to undermine your reputation in public.

2. Defend against RFL. Propaganda, negative public relations, or wide-net social engineering uses RFL to prime people for later discrediting. RFL stands for Regret, Fear, Loneliness. All of these are human feelings that are easily exploited.

This starts with you in your personal life exercising that muscle of good faith argumentation and feedback seeking behavior among friends, family and partners.

They can be. And some definitely are. Demographics, statistics and other data are not equally gathered on groups. And the internet is not equally distributed. Be conscious that different demographics have different triggers, bad faith arguments and RFL primings.

So, what is the best way to get into a public relations career?

1. Write a blog about public relations. It doesn't have to be public, it can be private. Taking time to organize your thoughts and ideas on the use and misuse of information to bring value to the world will be more valuable to you than any scout that may be looking for your content.

2. Practice public speaking. Make arguments in front of a camera or mirror. Review the footage or take notes of potential improvements.

3. Get connected. Make a video of yourself making a public relations call to action; just one, really well thought out video. Make it compelling. It doesn't necessarily have to be a perfect video, but it has got to be demonstrative of your discretion, professionalism, and articulation. Include your contact information, preferably several methods of contact. Get that video everywhere.

4. Screen, screen, screen. If properly executed, you should find yourself with more than enough responses. Take it away. Find yourself a pr firm that practices ethical public relations and bring as much value to the world as possible.

Let's look back at the idea of propaganda and add some defensive resources for you to utilize in your new public relations agent career.

These are all concepts related to the field of psychology. And ethically approaching each of them will help you navigate the minefields of public opinion.

Each of these is related to RFL.

An example of an excellently executed PR campaign to fight an RFL was the use of the newly minted term "fud" by cryptocurrency enthusiasts in the 20s. "FUD" was a euphemism for Fear, Uncertainty and Doubt and was used to rally public opinion around technicals rather than public opinion itself. 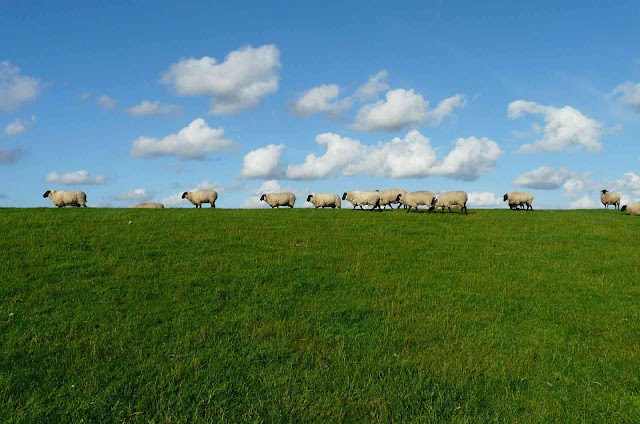 How can I stand out as a PR agent?

Many businesses and institutions are deeply affected by propaganda themselves and if you can help them break free of decades of disinformation meant to hamper their ingenuity, creativity and productivity, you will stand out among your peers.

Look for bureaucratic jargon that can have a stifling effect on your clients and neutralize it with new or clarifying terms. The example above is a term found across many different governmental websites. Lawyers, business owners and entire organizations use this negative term as an excuse for not innovating and breaking glass ceilings.

Fun question: Can a PR campaign include memes? Yes, meme wars are very effective at articulating complex matrices in a quick, visual way. Be ethical, be effective and be creative.

How can I help the public relations community?

2. Open source your professional data. Build your skills and then share them. Build repositories of good information to help those coming behind you. Consider 500 years of public relations. What will you have contributed in a positive way to the world?

3. Reduce hierarchy. Appealing to authority is a lazy PR agents way to success. Take the road less traveled and make great arguments. Build well thought out cases and entertain the conspiracy theorists every once in a while to help you strengthen your arguments.

Hopefully this content has helped you, seeing as how you've read this far. Thank you for visiting this link. You can find many more resources on social engineering, propaganda, psychology and the crowd here in the future.

A final topic I'd like to cover here is that of "funnels." A funnel is guided objective-oriented journey. It is called funnel because it starts pretty broad and it is intended to point many diverse people towards one objective.

There are sales funnels, click funnels and "language funnels." A language funnel is the process of introducing a large group of people to a concept via a word or phrase with the intention to introduce them at a later time to another word of phrase.

This is a powerful tool that public facing lawyers have used for decades and are using more often in the age of social media. If you as a new public relations representative learn to leverage "language funnels," you can be a formidable force for good in the world.

Strengthen your career by learning these concepts:

My thoughts on propaganda and social engineering have been marinating for many years, but not until recently did I see the benefits to the world of all this information. It really helped me to research how to get started in public relations. Keep adding to your skills and I look forward to all the value that we can collectively bring to the world.

If you want something else to chew on, here is an audiobook of a primer on public relations.

Scientological a fictional short story by Joshua Coffman Part 1 Evan stood in the darkness. It was silent. He imagined himself in a different year, a year where people rode horses to the city to get items from the town shop. He closed his eyes and heard the cars far away driving on the highway. If he didn't know what cars were, he imagined the sounds would make him think of ghosts in the woods. The night sky was covered with clouds obscuring everything but the bright aurora of the moon. No guiding stars, no mythical figures to protect over him as he walked down the railroad tracks leading out of the industrial part of town. There was no trash here. The unmarred landscape surrounding him held no white highlights in the darkness. No plastic Walmart bags caught in the trees. There were no empty Chinese takeout boxes framing the treeline along the tracks. Evan thought it was strange that there was a place untouched by the invasive touch of litter. He remembered his home, trash was all
Read more

- February 27, 2021
Welcome to my page. If you want to donate to me, I currently accept BlTCOlN. +littleleaf947 Enjoy my music! In the meantime, I look forward to sharing my work as I outline TRUTH.
Read more

Basil and Gonz Go to NASA

Basil and Gonz Go to NASA A fan-fiction novella short story by Joshua Coffman Faces looked out their windows in the quiet suburban neighborhood. A loud metallic clang rang out in the early morning hours of the weekday and the coffee hadn't quite kicked in for the suburbanites. Passing by their houses was a sight that none of them would have expected. A giant robot was walking down their street. But to the average American, this was just another advertising stunt, so the grumpy early-risers returned to getting ready for the day. If they would have looked a little closer though, they would have noticed that this was no robot, instead it was a manned vehicle: a glorious mech suit, taller than most of the single story homes in the neighborhood. Basil navigated into the driveway of his best buddy, Gonz's, house. A cat jumped off of the mechanical beast of a suit and ran up to the front door. With a quick jump and twist, the cat rang the doorbell of the unassuming southern Californ
Read more